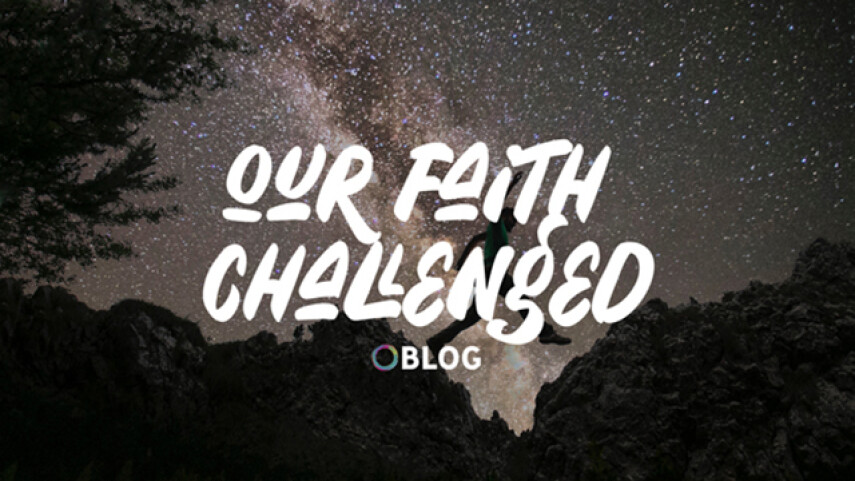 March 2020! A full year of having to experience one of the greatest pandemics that has impacted the world and the “normal” lives we once lived. We saw schools, churches, and organizations shut down for an extended time. We saw thousands of Americans become unemployed and wary of how they were going to make ends meet financially. We saw the shelves in grocery stores emptied and those that were not held limits in the number of goods we could purchase. We saw chaos, riots, and division become uprooted through the death of innocent lives and through one of the most radical races for the main seat in the White House.

If that is not scary enough, we saw the demand for toilet paper increase to become one of the biggest needs in America. Through the events of the pandemic, Christians worldwide had their faith challenged for the first time in a long time. It seems as if God took this opportunity to shake up the world, we have become so accustomed to living in. Something was off in the body. Was it our focus? Lack of trust? Or did we get off track of fully depending on Him? Whatever it was, God sent an alarm to His people so that we could pause and evaluate our gaps that may have been hidden in our lives. That pause also gave us time to check our actions and to see if they truly represent who He has called us to be. He did not call us to worry. He did not call us to fear. He has told us to have full trust in Him in all situations since the beginning when He stated, “I am the way, the truth, and the light,” not the things that we as believers are attached to in this world. He easily showed that he can take it away.

Let us evaluate.
Take a second to think about your greatest fear or challenge you were faced within 2020? When you have that answer, then ask yourself, but why was this my greatest fear? This maybe an easy question to answer for most, and that’s the goal. But did you ever think that God allowed those fearful moments to arise to call you deeper?

Now take it a step further and ask yourself these questions:
·      During this pandemic, did I truly trust in God to have full control of this current situation?
·      Did I trust that God is who He says He is or did I just believe in the hype because it’s the right thing to do all my life?
·      Lastly, through this pandemic, did God identify areas of my life that needs growth or maturity? With the crisis, we developed chaos. With chaos, we developed distractions. With distractions, we lost hope and focus on God’s promise of victory. We became too complacent in our lives and God was calling us back, and he knew the right way to do it.

Let us be reminded by looking In Isaiah 43:19 as God say “see, I am doing a new thing! Now it springs up; do you not perceive it? I am making a way in the wilderness and streams in the wasteland.” God brings new challenges, new depth, and new ways to show He is still God and that our hope is in Him, not to the things of this world.

2020 was an awakening year. God needed to get our attention, and he got it. He knew through this pandemic we would lose a lot to gain everything back in Him.

Learning Who We Are!

Finally, be strong in the Lord and in his mighty power. 11 Put on the full armor of God, so that you can take your stand against the devil’s schemes. 12 For our struggle is not against flesh and blood, but against the rulers, against the authorities, against the powers of this dark world and against the spiritual forces of evil in the heavenly realms. Ephesians 6:10-12

Until we learn WHO we are in Christ, we will not make war properly. Unless we learn of the authority that has been given to us as children of the living God, we will not know the chaos we can bring to the enemy in the heavenly realms. To better understand the authority we have, in Ephesians 6; we must first take a journey back through the first few chapters of the book. In doing so, we get a clear picture of why Jesus really came.

Let me explain: In the garden, Adam and Eve gave an authority to Satan that God never intended for him to have. At the moment of their sin, Adam and Eve actually came into a agreement with Satan about God. They entered into Covenant with Satan. In essence, they took Satan’s side over God and in doing so, gave Satan authority over their lives.

Adam and Eve actually changed masters. There was only one way for this to be restored. God needed to send a second Adam (Jesus) to the earth to buy back the authority that Adam and Eve had given away in the garden. Somebody needed to “deauthorize” Satan and the Son of God was the only One who had the power to do so. So Jesus came to the earth, lived perfectly; and became the perfect sacrifice for our sin. Because He was perfect, he fulfilled the law of God and was given the power over death and hell. Jesus not only de-authorized Satan, but actually re-established in us an authority to war in heavenly places.

He took back the authority that Adam and Eve had given to Satan. In doing so, He gave back to us the power necessary to war against Satan in Heavenly places. Now, when we read Ephesians 6; we can understand the authority that we can walk in as we go to war. We have been bought with a price, and we have been given the tools to war in heavenly places.

We are no longer under the authority of Satan. We are now kids of the King, and we have His authority to fight.