A Prisoner For The Lord 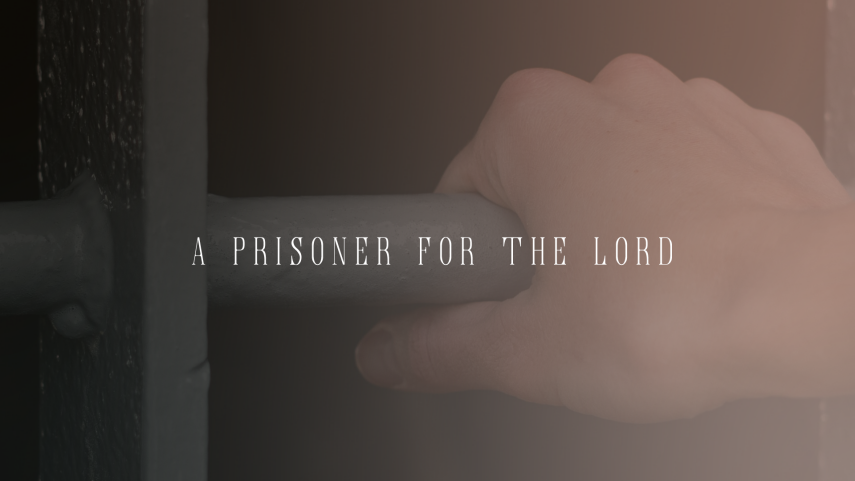 Therefore, the prisoner of the Lord, beseech you to walk worthy of the calling with which you were called, 2with all lowliness and gentleness, with long-suffering, bearing with one another in love, 3 endeavoring to keep the unity of the Spirit in the bond of peace. 4 There is one body and one Spirit, just as you were called in one hope of your calling; 5 one Lord, one faith, one baptism; 6 one God and Father of all, who is above all, and through all, and in you all.  Ephesians 4:1-6 I

I’ve always thought Paul’s usage of the word “prisoner” here was strange. We so often look at that word with a negative connotation attached to it. Why would Paul use a word that seems so negative to many readers? The answer is simple: Paul didn’t think it was negative at all. He viewed that word in this circumstance as quite positive. He viewed himself as a “Prisoner” by choice. He had earlier referred to himself as a “Slave to Christ.” We see stories of slavery in the Old Testament that are sometimes used in a positive way.

For instance, there was a people known as “bondslaves.” In Deuteronomy 15, Moses outlines a scenario where a slave was to be set free. Instead of accepting their freedom, they would choose instead to stay with their master whom they had grown to love. When this was the case, the slave would have the master pierce his ear as a sign that he was no longer a slave, but was instead a bondservant who had chosen on their own to remain in the service of the master. When I see this in Ephesians, where Paul calls himself a prisoner for the Lord, I am reminded of what Moses wrote in Exodus. Paul is basically proclaiming his allegiance to God in a powerful way. He is saying, “Though I could choose another route, I instead choose to be a servant of God.” He is choosing it not because he has to, but because he wants to. He is in effect saying, “I am ‘ALL IN’ with you Jesus.” This is the kind of decision all of us have to make. Are we going “all in” or will keep our distance with Christ.

As for me, I will choose to be a prisoner for Christ. It is my only hope.